Age and Sperm: How Are They Related? 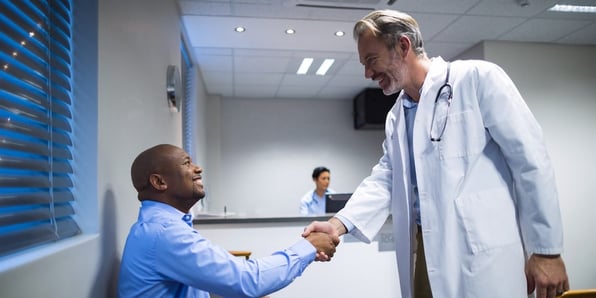 As you likely know, age is a critical factor for both men and women when it comes to conceiving a child. In fact, there are few more likely determinants of a couple’s chances of having a baby than their respective ages.

For women, the primary age-based factors determining the likelihood of conception are egg count and egg quality, which correlate to the number of healthy eggs available to be fertilized. These factors diminish over time, meaning for the majority of women that their biological fertility clock often starts to tick more quickly in their 30s and eventually expires in their 40s.

For men, the biological clock still ticks, but it relies on different factors: sperm count, sperm motility and sperm structure. While the vast majority of men produce several million fresh sperm each day (even past 80 years old), their fertility still decreases over time. This change is typically gradual, but it sometimes sneaks up on older men hoping to start a family.

To help you understand how these biological changes can affect men of all ages, let’s break down the lifecycle of sperm, what makes for healthy sperm and the factors that control the efficacy of sperm:

At What Age Do Boys Start Producing Sperm?

During puberty, men (on average) start producing sperm between the ages of 12 and 15 years old, according to studies from the National Institute of Health.

Where the average male falls within this range depends on several factors, such as when they began puberty and how quickly they move through each stage of the adult male maturation process.

At What Age Do Men Stop Producing Sperm?

This question has an easy, while (potentially) misleading, answer:

The vast majority of men never stop producing sperm, but sperm count and sperm motility decrease dramatically for males as they reach the latter stages of life, particularly after the age of 70.

This overall reduction in the prevalence and quality of remaining sperm translates into increasingly lower fertility rates for men into their 50s and beyond.

What Is A Healthy Sperm Count?

If you’re reading this article, you’re likely wondering how your current (or future) sperm count will affect your likelihood of conception.

To make this admittedly complicated topic a little simpler, we have created the following charts to help you understand healthy and unhealthy sperm counts:

How Does Sperm Affect Fertility?

As widely reported, many modern couples choose to have children later than previous generations -- often for lifestyle reasons.

This widespread societal shift leads many men to wonder if they will still have enough healthy sperm if they wait to conceive a child until their 30s, 40s or beyond. In addition to consulting medical professionals and dedicated support resources like Modamily, many men seek a clear explanation of how their sperm diminishes as they age.

The simple answer is this: average sperm count and quality do diminish over time, but science shows more men than ever are fertile past the age of 30. In fact, the average age of fatherhood in the United States has risen to the age of 31.4, according to research from Stanford University.

Still, the correlation between age and diminishing sperm very much exists, so here’s what you need to know about the three primary factors affecting your fertility:

As mentioned before, a healthy sperm count is 15-200 million, with a peak in the average male’s 20s and 30s followed by as much as a 50% decrease in their 40s and 50s, according to studies from the National Institute of Health.

While figures aren’t precise on the average sperm count by age (based on per milliliter or ejaculate measurements), the general scientific consensus is that after their 50s, men have a much more difficult time maintaining higher sperm counts.

Sperm motility is the ability of sperm to move at the required speed necessary to reach and fertilize an egg and is also affected by age.

While sperm count can remain stable (or rarer, increase) over time, science is pretty firm on the fact that sperm motility almost universally diminishes over time.

Unlike sperm count, however, multiple studies recorded by the National Institute of Health document evidence of exactly how much motility decreases over time: around .17-.6% per year, leading to a decrease of 3-12% on average a period of two decades.

The same studies presume a link between this decline with age and a reduction in the function of glands like the epididymis and the prostate, famous issues of health concern for aging men.

Proper sperm structure is critically important to conception because it gives sperm the ability to effectively dissolve the outer shell of the female egg, which is vital for fertilization.

Just like motility, it is generally accepted that the quality of a man’s sperm structure decreases with age. According to N.I.H. studies, this reduction ranges between a .2-.9% decrease per year, leading to a 4-18% decrease in structural quality (aka morphology) over a two-decade period. 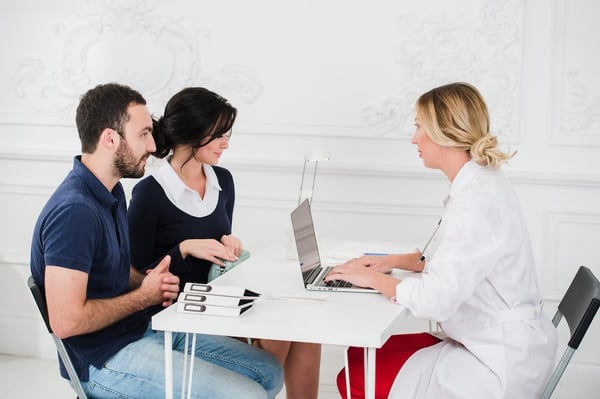 At Modamily, we are dedicated to helping you start the family of your dreams. Our team of experts is excited and ready to help you begin the life you’ve always wanted, and the journey can begin sooner than you might think.

You don’t need to put your dream of starting a family on hold. You can start the conception and family planning process RIGHT NOW and begin developing that trust and rapport that every type of parenting partnership needs to successfully raise children together.

If you’re interested in more about sperm, planning for birth and starting a family in general, be sure to check out our blog with weekly topics for you! Here are some articles to start with:
Schedule your free consultation today!