How To Find a Co-Parent

Finding that white picket fence traditional family can be extremely difficult in 2020. Societal norms have changed and the fairy tale of finding the perfect prince or princess, and having a family, is no longer realistic for many people

But you still want to start a family.

You may be wondering, how do I start a family without the perfect spouse? It’s very doable, actually.

Co-parenting is an awesome option for those who want to start a family without being married.

Co-parenting is simply when two people get together to raise a child together. Co-parents can be romantic or platonic. When two people decide to raise a child together and are not married, they can execute a co-parenting agreement. A Co-Parenting agreement is a contract between two adults who have both agreed to participate in raising a child. The parents can both legally become the parent. There are a number of things agreed upon in the contract, ranging from discipline, diet, electronics use, dating rules, and education. It also talks about more legal things like custody agreements, child support for previously divorced parents, parenting time, health care, transportation, and visitation.

Like a roommate agreement, the co-parenting contract allows the two partners to clearly define what they want to achieve from the arrangement and the rules involved. There must be communication, defined expectations, trust, and cooperation for a successful co-parenting experience.

Co-parenting agreements are legally somewhere between second parent adoption, which has more legal weight, and agreeing verbally to co-parent, which has zero legal backing. Official co-parent agreements give each partner certain legal rights, like consenting to medical care. If co-parents ever have a disagreement and have to goto court, the judge can review the co-parenting agreement and see what the intent was and come up with a ruling that is in the best interests of the child.

What’s All The Buzz About

Co-parenting is on the rise in the alternatives-to-traditional parenting world. Many people are choosing co-parenting over other alternatives to marriage, like single parenting by choice, surrogacy, known donors, and adoption because they want both parents to have a relationship with their children.

Why Co-Parenting is Becoming More Popular

Just like traditional internet dating websites and mobile apps (think anything from eHarmony to Tinder), nontraditional relationship websites, like Modamily, are also becoming increasingly popular. Major cities like New York, Los Angeles, San Francisco, Toronto, and London are booming for dating and co-parenting websites alike. The integration of these dating apps and websites into society and the realm of relationships paved the way for the welcoming of co-parenting websites.

When big celebrities start a fashion trend, everyone goes out and buys it. Is this the same with parenting styles? When a celebrity co-parents, everyone wants to try it? Is co-parenting this season's florals?

Major stars like ex’s Kourtney Kardashian and Scott Disick, Miranda Kerr & Orlando Bloom, and Anderson Cooper have decided to co-parent - and are very open about it. Kardashian and Disick were never married but chose to co-parent three children they continue to have together. CNN Journalist and News Host Anderson Cooper became a dad through surrogacy and is co-parenting with his ex-boyfriend Benjamin Maisani. recently became a dad through surrogacy and he will be co-parenting his newborn son with his ex-boyfriend Benjamin Maisani.

Nick Cannon said to People magazine, "Luckily I've been blessed to share this experience with someone I really admire and have so much respect for. And I think the feeling is mutual… At the end of the day, you've got to be a little selfless. You have to say 'It's not about us. This didn't work out quite how we wanted it to but look at the amazing blessing that we have in these wonderful children” 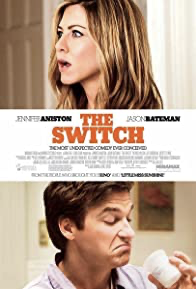 Media plays a big role in our perceptions of society. What we see on TV, movies, and social media can tell us what is “normal.” The rise over the last decade of blended family TV shows and movies have made these nontraditional families a normal on our screens. Again, we turn to major stars for today’s trends.

Other major media mentions of co-parenting are The Switch with Jennifer Aniston and Jason Bateman, where they learn to co-parent a child as friends (with many comedy mishaps, of course!). There’s also Friends with Kids, another blockbuster hit starring Adam Scott, Jennifer Westfeldt, and Jon Hamm, and the Fox Reality TV show Labor of Love. All these movies and shows are further normalizing how we see co-parenting in society and entertainment.

A Great Option After Divorce

In America today, it is estimated around 40% of marriages end in divorce. This can be a daunting statistic when thinking of screaming exes and broken households. Not all divorces have to be bad ones. A co-parenting agreement can be a great way to keep a communicative, cooperative relationship after divorce.

Research shows that kids feel more emotionally and mentally secure when two parents take part in their upbringing. It's also known that co-parenting increases the likelihood that both parents will remain an active participant in the child’s life. When parents work together in the child’s best interest, it is likely less conflicts will arise since they share a common goal: the child’s happiness and wellbeing.

Women are pursuing careers more than ever in history. This means they stay in the workforce much longer, but biologically still need to have kids around the same time. Sometimes a fierce career does not leave room to find soulmate-worthy romantic connections, but the woman still wants to have kids and raise a family before it’s too late.

Platonic Co-parenting is a great alternative to a romantic relationship for working women. It allows them to define their expectations and needs without having to sacrifice any of their hard-earned career.

Is Co-Parenting Right For Me?

Co-parenting is an amazing alternative for straight and homosexual couples. It allows for a relationship based on mutual respect and a shared goal-- to raise a child. There are many benefits for the co-parents, the child, and the other people in the child’s life. Let’s walk through some.

Benefits of co-parenting for the child:

Benefits for the parents:

Who Should Consider Co-Parenting?

Anyone who is ready to start a family and has not found a partner to do that with yet. Remember, co-parents can be romantic or platonic. A platonic co-parenting relationship is usually one where one party is LGBTQ and the other straight, say a gay man and straight woman becoming friends and having kids together.

This may be one of the first relationships that comes to mind when thinking of co-parenting. Unfortunately, many states do not allow second-parent adoptions for the LGBTQ+ community. Biologically, there are barriers to having a child for LGBTQ+ relationships. Co-parenting agreements are a fantastic alternative for raising a child, granting legal rights to both parents.

Co-parenting agreements can also be an answer for LGBTQ+ couples who want the sperm or egg donor to participate in raising their child. This allows three people to be in the relationship. Whether you want the third person as a mother or father figure, or involved out of appreciation for the biological connection the parent may want with their biological child.

Step-parenting can get complicated easily. You form a relationship with a child that is not legally yours after separation, so what do you do? A Co-parenting agreement is a great answer. It’s important for the child to keep healthy relations with a step-parent if they have already formed a child-parent relationship and had a significant impact on the child’s upbringing.

Friends co-parenting a child, commonly referred to as platonic co-parenting, is another alternative to a traditional romantic relationship. Relationships and marriages are starting later in life, while the biological clock remains unchanged. Friendship or platonic co-parenting is a way to raise a child if you are worried about time or finding a suitable romantic partner. Not only for your sake, but the child’s as well, it can be beneficial in many ways to have two parental figures.

This can also mean an ex you are still on good terms with (yes we said it - an ex can be your co-parent!).

Romantically Involved but Not Married

Looking to start a family but are not into the idea of marriage? A co-parenting agreement can be a great way to bring some legality into raising a child together, but still remaining unmarried for whatever reason that may be. This can be a great option for those romantically involved since you know you can spend time with and agree with that person.

What to Look For In A Co-Parent

There’s a lot to consider when looking for a co-parent. You will be spending a lot of time with them and making a lot of major decisions with them - and don't forget, raising a kid together. So they should definitely be someone agreeable.

How to Find a Co-Parent

It may seem hard to find a co-parent, after all finding a romantic spouse is hard enough - a non-traditional agreement may seem even more intimidating for some. In reality, though, there are plenty of people just like you looking to co-parent.

Try your luck with your personal network! You may be surprised that friends of a friend may be also looking for a co-parent situation. Better yet, you will have your friend to vouch for their character and beliefs. Family members may also be able to help you out on your hunt.

Social media is made for modern day networking, so it wouldn’t hurt to try your hand in trying to find a parenting partner here. There are many Facebook groups for co-parenting potentials, which usually specialize in the city or a certain trait. You can also have “looking for a co-parent!” or a similar statement in the bios of your social media accounts so people who come across you know what you want.

Co-parent sites are easy to use. They offer many services all in one place. Sites can offer sperm donation and surrogacy options as well, so you can get a holistic perception of alternative parenting options, online.

Something that sets Modamily apart, though, is the Parenting and Lifestyle quiz, which allows potential co-parents to better find candidates who agree with their values and plan for raising the child.

Co-parenting websites and apps are, put simply, dating apps for finding a platonic partner. You will view each other's profiles and decide if you want to meet and potentially join an agreement together. Modamily alone has 30,000 users. This is a big enough pool you are sure to find a co-parent match!

Modamily is your go-to resource for finding a romantic partner who’s ready for children, a co-parent or donor and creating a co-parent agreement. You can also check out surrogacy options, sperm donor (known and anonymous) and single parent resources all in one place.

Modamily has been featured internationally in The NY Times, WSJ, The Atlantic, BBC News, ABC News, Fox News, the Huffington Post, the Guardian, Marie Claire, The Washington Post, and more.

If you and a partner or ex-partner want to agree to collectively raise a child, there are several... 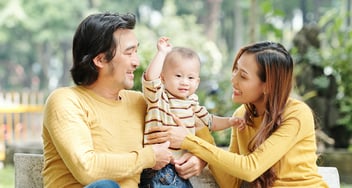 How To Co-Parent Without Living Together 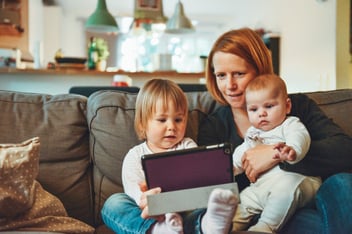 How to Stay A Connected Parent While Away

Even in a perfect world, parenting would still be hard! Both rookie parents and those who have been...